How to make a difference 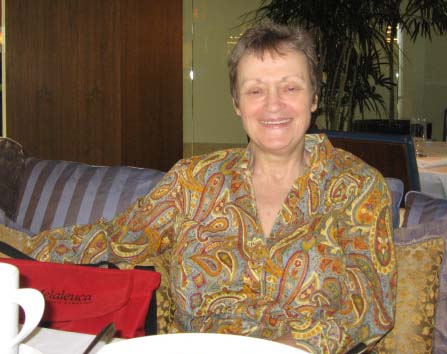 Erin lives in Lincoln Park.  She works from home. Every morning she walks two blocks to Dunkin Donuts for her coffee and conversation with “da boys”.

One day last month Erin was standing in the rain waiting for the light to change.  A young woman in her car was at the light in the right hand lane.  No turn signal on.  She pulled out, tried to get over in the go straight lane, and then she just stopped her car.  She didn’t know where to go, so she just stopped.  In the middle of the intersection.

The local mail man was behind her and because it was raining and the woman in front of him was an idiot driver and stopped – he bumped into the young lady.

Another traffic incident in a big city.  Happens all the time.  Cops come, write tickets, tow cars, and people go on about their business.

Erin had other ideas.  See – that mailman was not at fault.  The 17 year old driver was.  That mailman would have his job suspended pending investigation, probably without pay. He’d be out of work for at least 2 weeks with no pay at Christmas.  In Illinois if you run into the back end of someone, they almost always consider you at fault.  That was just wrong, and she wasn’t going to let that happen.

Erin marched right over to the scene of the accident and asked they young lady “What the hell were you thinking?  Why did you stop?”  The young driver started crying and said “I was confused.”

Erin does not suffer fools gladly.  She responded “Oh shut up already.  You’re an idiot.”

The mailman was standing outside of his truck just shaking his head, with a very sad look on his face.  Erin went up to him and said “I saw it all.  In no way was this your fault.  I’m a witness.  Here’s my name and number.”

He thanked her with a soft spoken voice and put the number in his pocket.  Erin went home, feeling she’d done her duty.

Erin told the story to her husband Bill and as she was telling the story, she knew the police were headed to the accident.  She also knew that the mailman would tell his story and they would probably not believe him.  The law says if you rear end someone it’s your fault.  With a disgusted sigh, she put on her raincoat, rubber boots and hat and headed back outside.

Sure enough, the police were there and were having a conversation with the driver.  One cop was listening to the crying young lady and looking very sympathetic towards her.  Erin marched up to that cop and said “I saw this entire accident.  Don’t be moved by her tears, she’s full of it.  She stopped her damn car in the middle of the street because she was confused.”

By this time the other cop and mailman joined them.  Erin said “Look, I’m not leaving until you fill out that accident report and state it was NOT the mailman’s fault.  I don’t care what the law is.  That idiot driver stopped right in front of him in the middle of the busy intersection in the rain.  Maybe now she’ll go home and learn how to drive.”

The two cops spoke to the young lady and she started crying again and said “but I was just confused! I stopped so I could figure out what to do.”

Her husband met her at the door and said “You know that mailman’s supervisor is on the way over here now.  He’ll have to fill out more paperwork.  They’ll pull him off the streets and suspend him until a decision has been made.  And who knows if the supervisor will believe him?”

Erin just shook her head and turned right back around and headed out the door.  And sure enough when she made it down the two blocks, there was the mailman’s supervisor sitting in the car with the mailman filling out paperwork.  Erin just got in the back seat and said “I’m a witness to the entire thing.  He did not cause the accident.  That idiot driver just stopped.”

After a conversation, Erin wrote out her statement to be included with the police report in the mailman’s case file.

Finally, justice had been served.  On all accounts.

Two weeks later Erin received a letter from an address clear across town.  It was simple handwritten note that said “Dear Miss Erin,thank you for what you did for me and my family.  Your statement made it possible for me to return to work right away.  I was found innocent and  not docked any pay and now our family is having a wonderful Christmas.  May God Bless You.”

That, my friends, is how you make a difference.