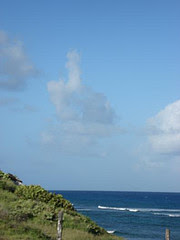 This has been a weekend for reflection.  I was in a car from Cincinnati to Geneva Iowa, riding as a passenger.  Plenty of time to think and reflect.

I had a conversation with Erin and in true Erin form, she pointed out some pretty harsh realizations.  The first realization is that I don’t have to be so stinking nice to everyone.  I don’t have to solve all the problems of the world.
First reaction was “what? I don’t have to take care of everyone?”.  What if someone won’t like me?  Erin not so gently pointed out that it’s not personal, it’s not about me.   That sometimes I have to say F*ck You.
I then read a book, Honeymoon With My Brother, and on page 100 it says this:
I didn’t do that fight makeup stuff well.  Neither did he.  Both of us had a serious case of conflict avoidance.  Armchair pyschologists would say that’s because our parents had one of those old-fashioned, Dad-says/Mom-agrees (or at least humors him) relationships.  Maybe.  All I know is that when either of us heard a raised voice, we’d want to escape.  I thought about the times my flight from fight reflex had postponed resolutations to my problems.
Was he talking about me?  Sounded like it.
I’m taking a new position with recruiting in my business.  I’m taking the THIS IS WHAT I’M LOOKING FOR position.  No more holding hands, begging someone to take a look, waiting for responses forever.  No more letting someone tell me I don’t have a real job.
Now let’s put that in positive speak.
I’m looking for someone who wants to create multiple streams of income.  I’m looking for someone with a positive, can-do attitude and is willing to work smart.  I’m looking for someone who can make their own decisions.  Is that you?
No?
Thanks, next.
Related link:
What I do
picture courtesy of aimee at flickr.com
Thanks for visiting Debworks! Got a minute? Know anyone who is looking to workshift? I’m interviewing! Visit http://www.debrareneebrown.com
Posted in 100 series, Series