Watch Your Language: 7 Rules for Getting What You Want

Christine Kane often guests blogs here at Debworks. Today she talks about the importance of watching your words. 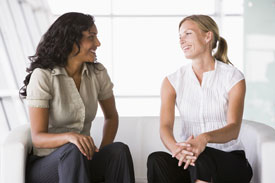 Years ago, I was in a car with a music promoter. He had picked me up at the airport and was driving me to my hotel before my performance. On the way, we talked guitars. We got onto the subject of Olson Guitars, arguably the best guitar in the whole world. At one point, the promoter said, “Yea, well, in my entire life I’ll never own an Olson guitar.”

There was a time when I’d let a remark like this slide on by, even adding my own “me either” to the mix.

So, I turned to the promoter and said, “You are NOT allowed to say that!”

This is because I know the power of language. When you understand that words become things, you just can’t let language slide.

Your language is a powerful tool! Words create reality. Even if my promoter friend doesn’t know how on earth he’d ever get his guitar, it doesn’t mean he should cut off the possibility with his own words.

If you’re wondering how to begin watching your words, here are 7 rules for getting what you want!

Never and always are words of hysteria. “I always mess everything up!” “I’ll never figure this out!” “I’ll never get an Olson Guitar.”

First off, it’s not true. If you always messed everything up, you wouldn’t have made it out of the womb.

And second off, extreme words are designed to hook you. It’s just your emotions taking a joyride. You’re more powerful than that.

“I love you, but…” is another great example of the dismissive power of “but.”

Should is a heinous word for many reasons.

“Should” is victim-speak. It disempowers its object. It negates desires, thereby making it harder to make choices. It adds a nebulous energy to the decision-making process.

Also stop allowing anyone to tell you that you are depressed. When you call yourself “depressed” or “obsessive compulsive” or “ADHD” or whatever – you’re claiming this thing. You’re calling it forth with the most powerful two words in our language: “I am.” Stop claiming anything you don’t want to be!

5 – Delete the word “hate” from your vocabulary.

“Hate” has lots of energy. When you use it, you send lots of energy out into the very thing you “hate.” Even if it’s negative energy, it’s still a powerful force, adding its charge to that thing. You’re also depleting this energy from your own spirit as you say it.

A disease of the creative temperament is a belief that we must be authentic at all costs. So we can’t answer a simple “How are you?” without delving into an in-depth scan of our emotional temperature.

Try this instead: When people ask you how you’re doing, just say, “I’m great!”

I used to think if I said this, then I better have a darn good reason for saying it, like I just won the lottery or something. I thought it would make me look suspicious, and people would start to wonder if something was wrong with me. But then I did it.

And you know what? Most people don’t care why you’re great. You’re saying it for YOU.

7 – Pay attention to the music of your speech.

You know how some people? They talk in question marks? And you have no idea why? But it makes you think you shouldn’t really rely on them? And it makes you not want to hire them?

The music of your language says a lot about you. If you let your sentences droop like Eeyore, (“Thanks for noticing me.”) or if you do the uncertain question mark language, take note of what attitudes are causing this. These patterns are created for a reason. Even if it feels like faking it at first, generate confidence as you speak.

Christine Kane is the Mentor to Women Who are Changing the World. She helps women uplevel their lives, their businesses and their success. Her weekly LiveCreative eZine goes out to over 12,000 subscribers. If you are ready to take your life and your world to the next level, you can sign up for a F.R.E.E. subscription at http://christinekane.com.