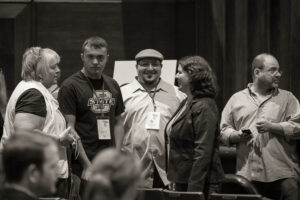 This year for the second time I went to NYC to be a part of the State of Now/140 Character Conference.  It’s two days of 10 minute presentations from people talking about how the technology of now (real time internet, twitter, facebook, blogging, etc.) has affected their lives.

Last year was a whirlwind and I had little idea of what to expect. When you throw in the face to face meeting of people who I talk to online, touring NYC and hanging out with Jeff Pulver — it was almost too much to bear.  (I said almost.)  This year I thought I was better prepared.  I have spent the last year meeting my online friends in real life whenever possible.  I was still excited to see NYC – but I knew what I wanted to do.  And hanging out with Jeff – well, that still is exciting!

Imagine my surprise when this year turned out to be even more amazing than last year.  The heartbeat of friendship was palpable – everywhere you turned people were hugging.  And they were tweeting like mad – comments, pictures, life changing statements in 140 characters. 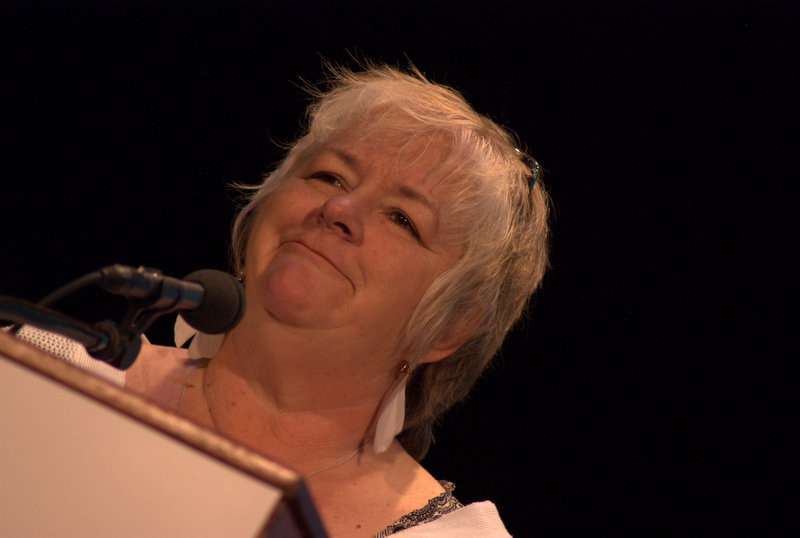 This year I spent more time backstage.  Because I host the State of Now in Des Moines each year, Jeff asked me to help introduce a few people in New York.  You never know with Jeff what to expect – and I thought I was prepared for the unexpected.  Except this.  It was a challenge I was ready for.  As an introducer, you have just a few seconds to tell people what they are going to hear and who is going to say it.  I also like to pull at least one thing from what they said and reiterate it before the next person comes on.  I spent time with each person, asked them what they wanted me to say about them.  Many people didn’t have any idea what they wanted me to say about them!  It was a glimpse into their psyche for me — those who didn’t know what I should say about them were the people who had the most to give.  They didn’t care about themselves — they only cared about the people listening.  That’s powerful.  The few who knew what they wanted their introduction to be were much more polished — and frankly, boring on stage.  I could see them not connecting with the audience.  It’s as if they were only interested in getting their information out there – and not caring about what people were hearing.  Fortunately, those people were few and far between.

Seeing and feeling the energy backstage is a gift.  It’s crazy exciting out in the seats — amp that up about 10x and you get the backstage feel.  The sound and sight guys are intensely concentrated on what they are doing – yet they made room for novices like me and answered kindly every question I asked.  And I saw them listening…. really listening …. to what the speakers were saying.  Jim – who is just starting a new business – had a great conversation with Becky McCray about the value of using these online tools to promote his business.  He had no idea of the power of the State of Now.  He left this conference with connections, ideas and new friends — all which will help him with his business.  So it’s not just the people in the seats getting value — it was people backstage as well. 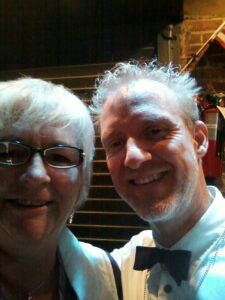 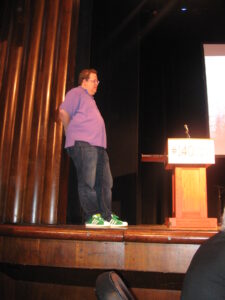 Finally — Jeff Pulver.  Over the last three years I’ve been having online conversations with Jeff  and didn’t realize he has thousands (literally thousands) of people yanking on his coattails – everyone wanting something.  I thought I knew a lot of people – but I pale in comparison to Jeff.  Everyone wants something from Jeff.  A hug, a recommendation, a sharing of an idea, just a minute …. something.  You would think he’d get tired of it all.  Yet, he doesn’t.  It actually fires him up.  Jeff wants everyone to share a hug.  You can’t attack someone if you are hugging them.  Hugs open the way for understanding.  He really means it when he says ‘hugs, not handshakes’.  So the frustration of not being able to have a full conversation when he really wants to, or the lack of privacy, or time spent working when he’d like to be playing — it becomes worth it if he can make a difference in peoples lives.  Jeff is a friend, and the State of Now made that possible.