Headstones in the Parking Lot

Tuesday night Hope Polk posted a picture of a headstone on Facebook.  It was a headstone found in a parking lot.  I smelled a story brewing.

El Valle is fixing their parking lot and it involves tearing up the old pavement lot and laying down new concrete.  During the tearing up part the crew found several old headstones buried there.  (see pictures below)  I spoke with Jeremy Schrock of Schrock Concrete who said they were pretty amazed and startled by it all.  Jeremy said he really wants the stones to go to the families.  Jeff Farris, the sexton at the Hampton Municipal Cemetery, told Jeremy he thought there may have been a county shed there years and years ago and perhaps it got tore down and the stones were just buried.  There were no bodies/caskets found – just the headstones.

Investigative reporter and cemetery specialist Pat Palmer (also known as The Computer Guy) will be exploring the story and founding out what really happened.  Pat has promised us a future guest post with all the details.  Stay tuned ….. 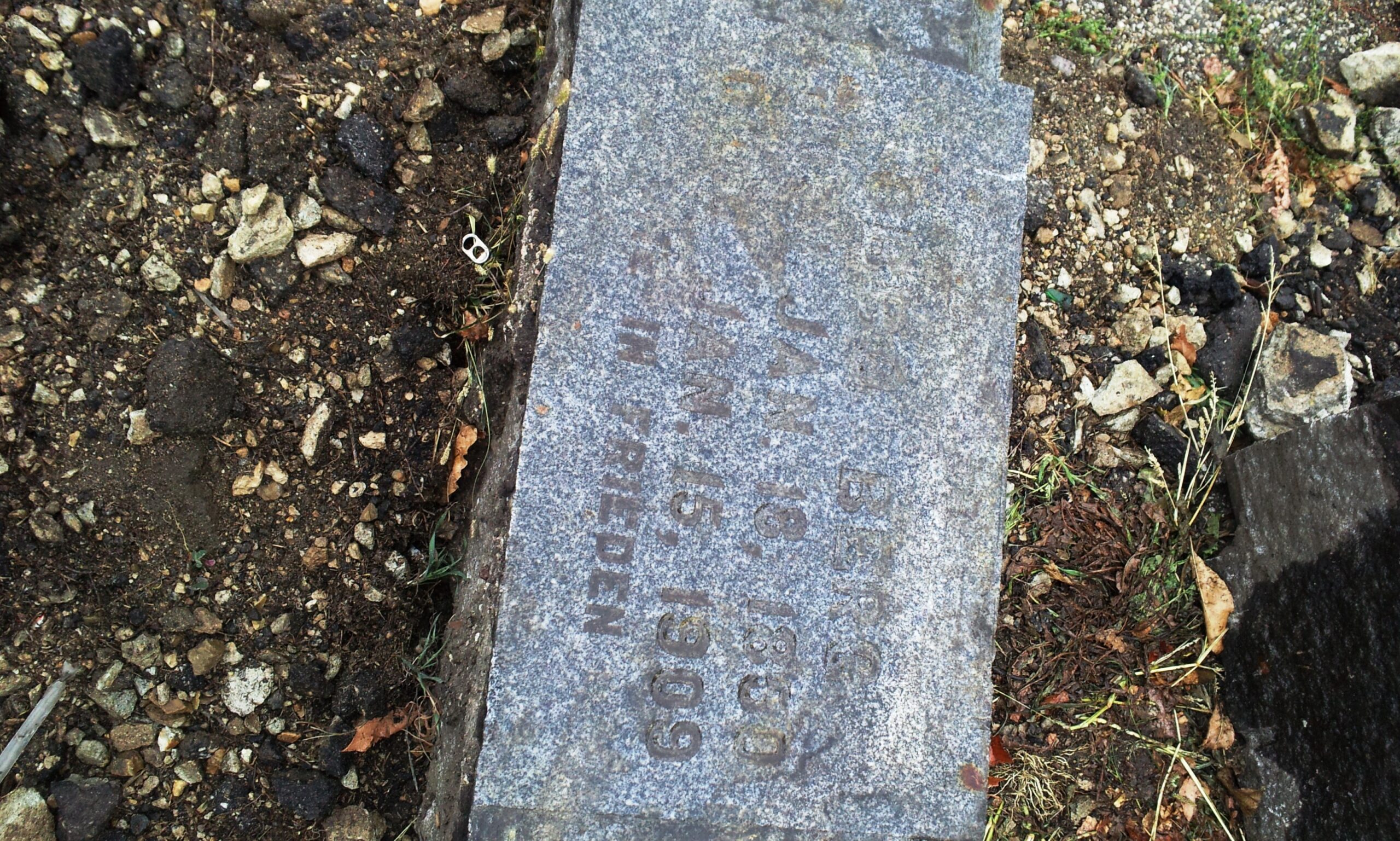 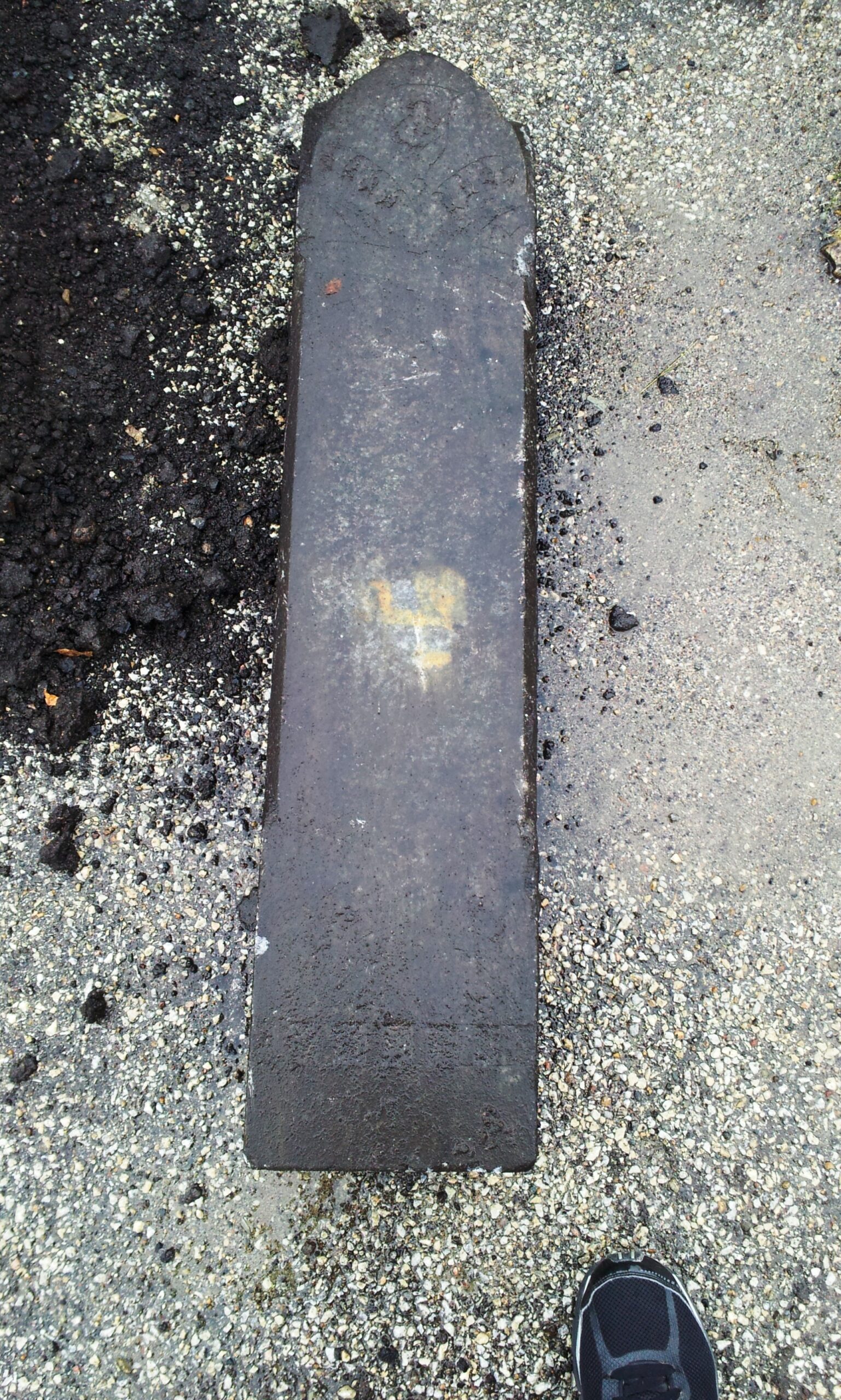 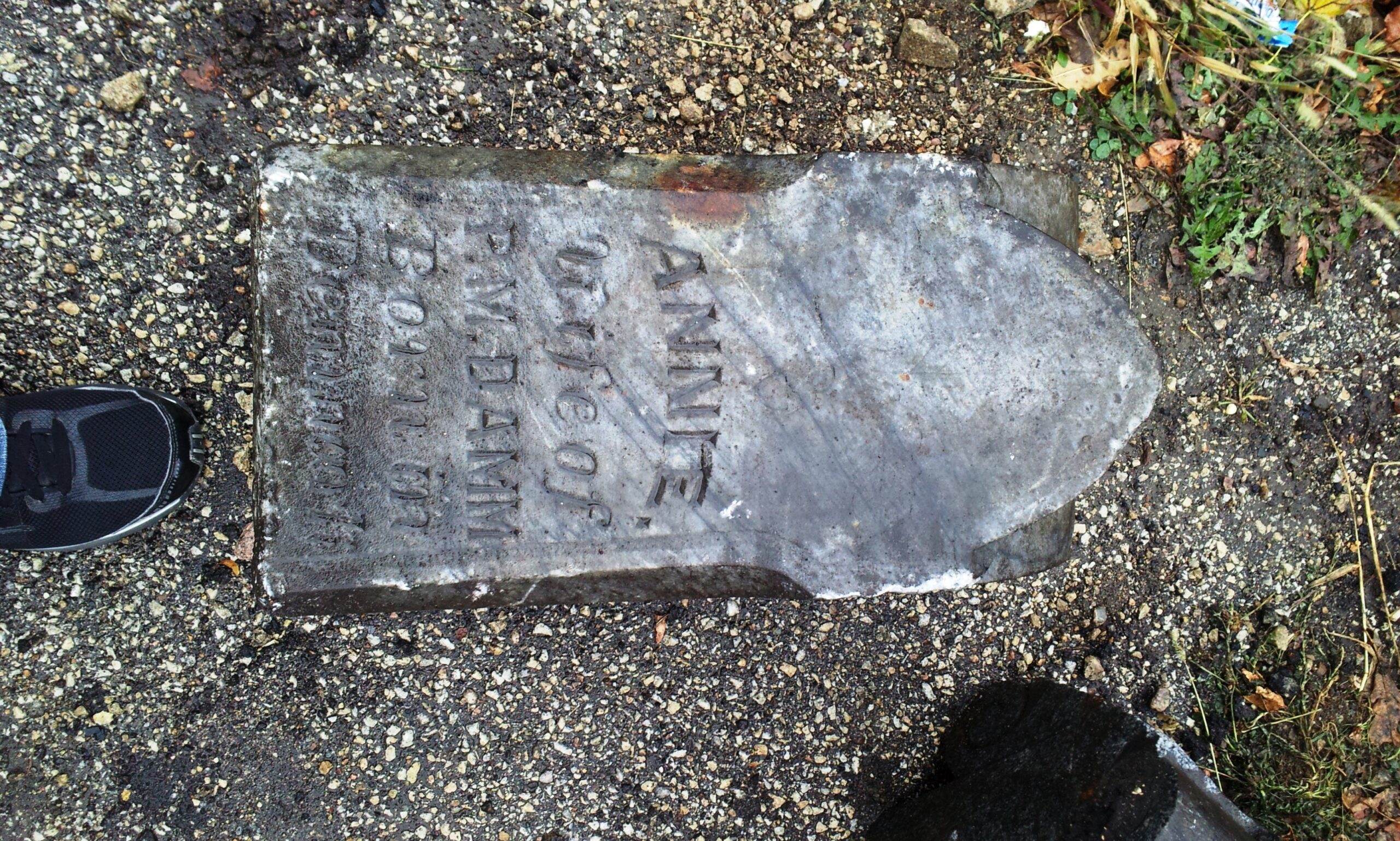 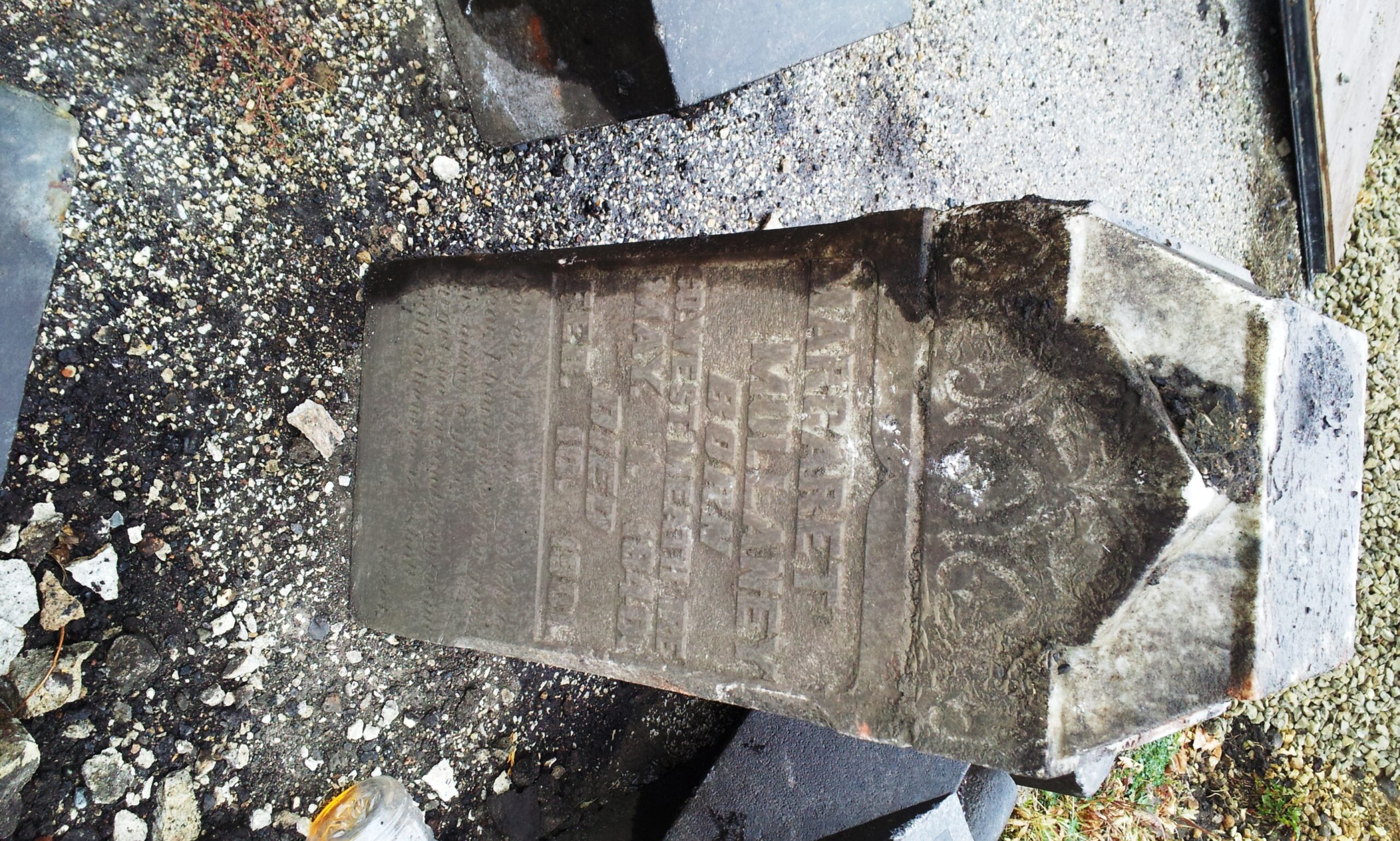 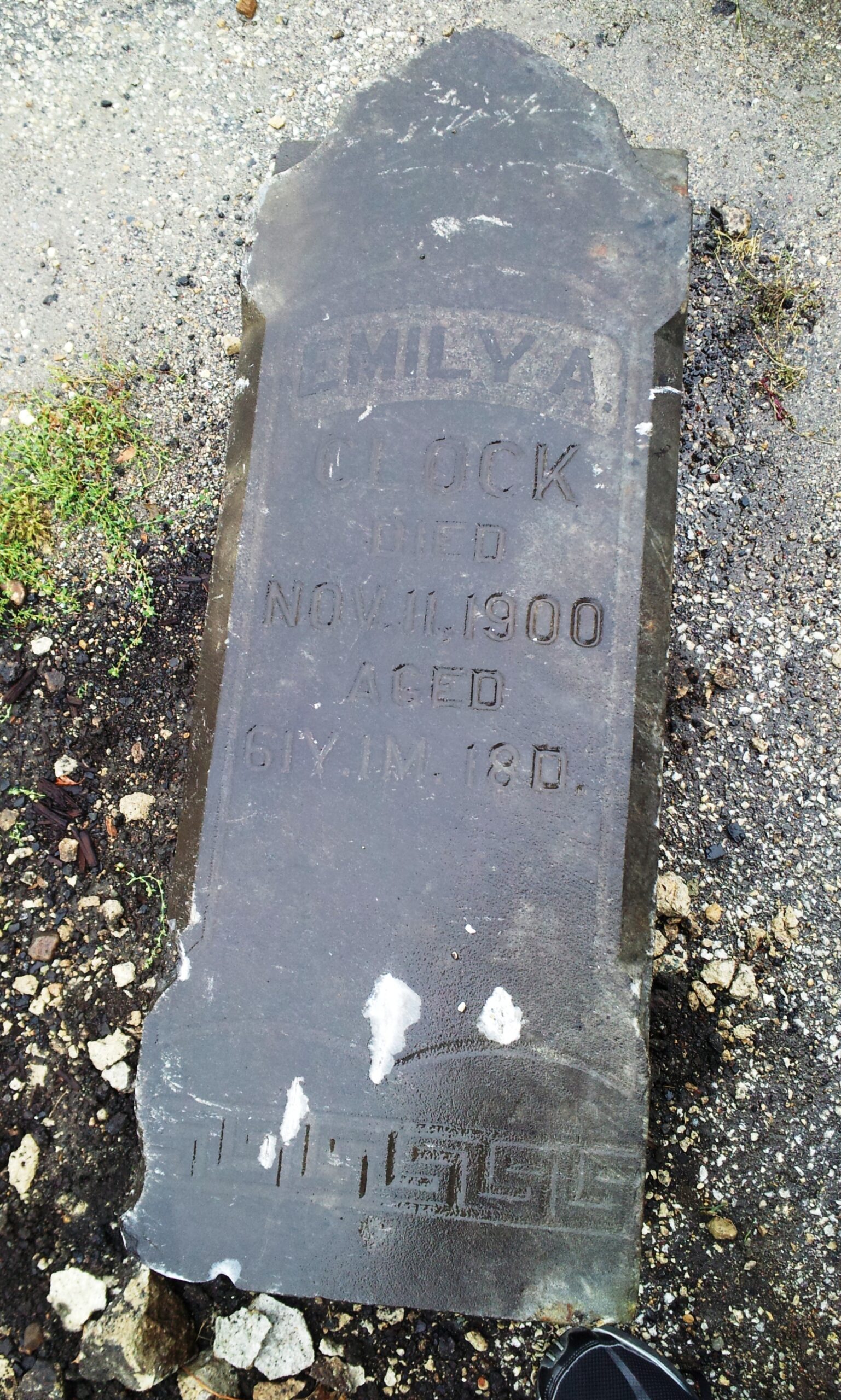