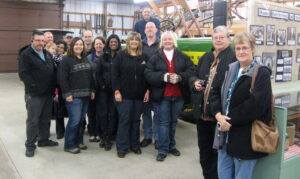 6 bloggers woke up to country fresh air in Franklin County Iowa on Saturday, October 6, 2012.  They came to find out about: 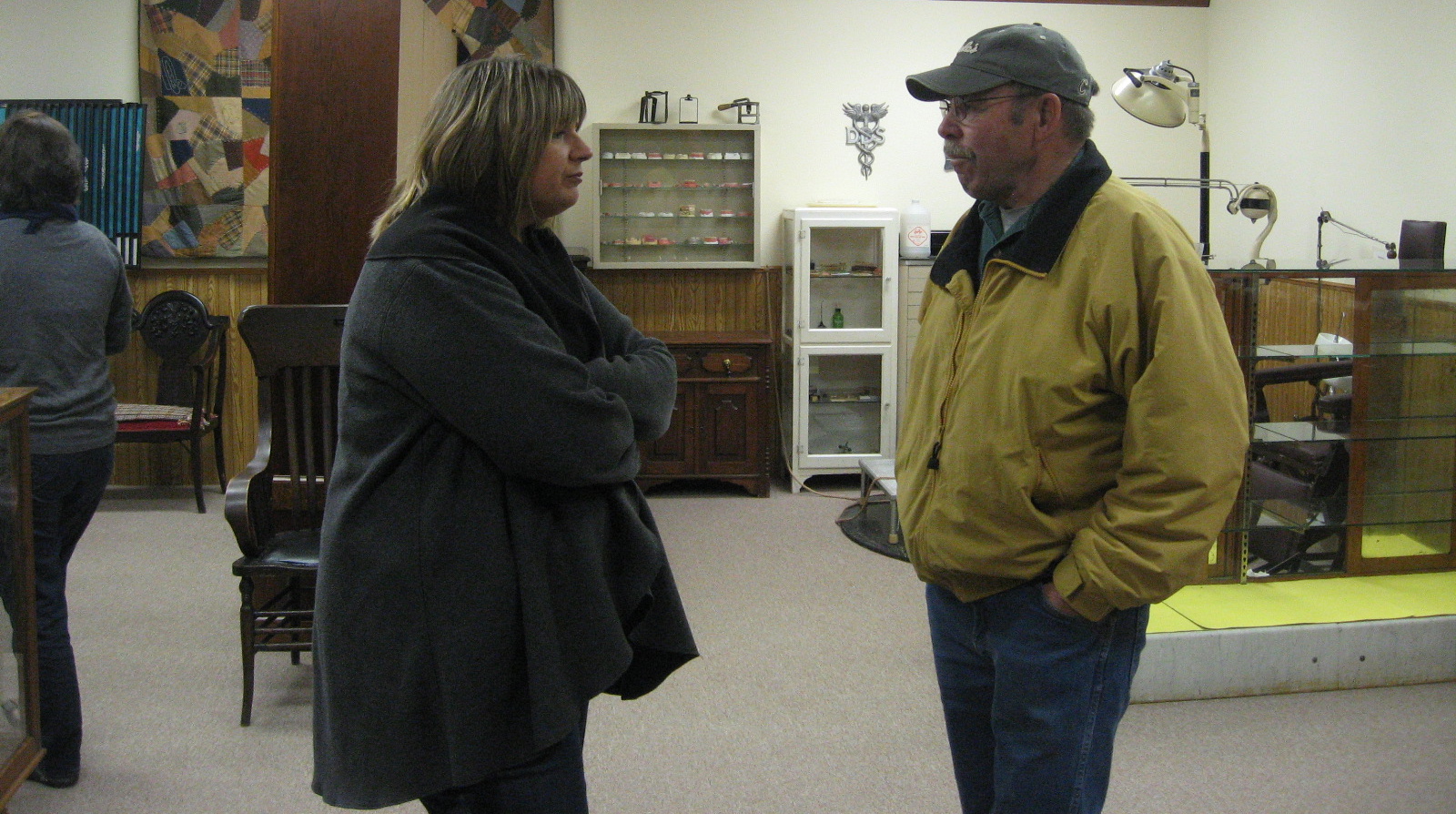 They got many answers to their questions yesterday!  The day started at the Franklin County Historical Society with a tour of the museum.  Darwin Meyer, board president, showed the bloggers a tile cutter, a threshing machine, a tractor from back in the day, how corn used to be harvested, and many other historical collections housed in the museum.  He spoke about the new Admiral Leahy exhibit that is coming.  William Leahy was born in Hampton and a group of committed citizens have arranged for some of his artifacts from the Navy and a 1/48 replica of a ship named after him to be displayed in the museum. 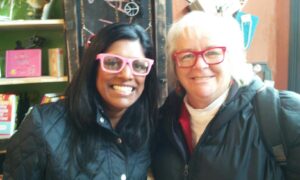 Shopping was the next item in order.  Hampton has 12 Specialty Shops and our bloggers visited many of them.  Got You Covered had warm hats for Adam and his family who didn’t quite bring warm enough clothing.  Darcy, Liz and I finished our tour at Korner Bakery where we had angel food fingers.  Liz called them cotton candy on a stick.  Many of the shop owners we stopped at suggested they visit the best bakery in the state!  merry bee’s sold some coffee and Orange Possum found new customers who promised to return and spend more time. 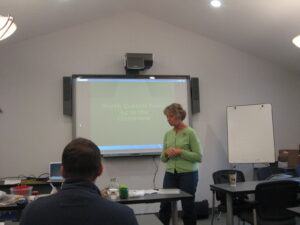 Larry, our driver provided to us by ABCM Corporation, drove us to Latham Hi-Tech Seeds where we started with lunch.  Pork loin sandwiches made by the Farm Bureau agents with a secret sauce I’ll spend years trying to get from them were served.  There was baked beans with apples in them and spicy too, Val Plagge did provide her recipe and will post it on her blog today or Monday.  Pumpkin cupcakes rounded out dessert and Shannon Latham made those.  I mention the food because all of it was made with items farmers grow.  It was a great segue into the presentation given by two of the founders of Ag in the Classroom North Central Iowa. These two instructors spend 40 minutes a year in each grade from Kindergarten to 6th grade and share information about how food comes from farms.  The kids get to do experiments, learn about crops and animals and have a great time doing so.  They visited 25 school districts and talked to over 8000 students last year. 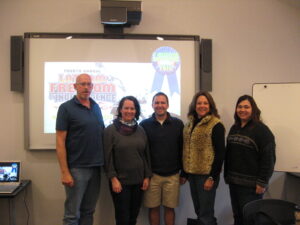 Annette Sweeney, chair of the Agriculture Committee for Iowa, was present also.  It was a nice surprise!  She spoke briefly on how she’s been farming since 1981 when her dad passed away, the importance of educating the public on what farmers really do, the raw milk debate and welcoming the bloggers.  There was a small discussion on getting legislators up to Franklin County so they could see the same thing the bloggers were being shown!  Shannon Latham welcomed the bloggers and talked about blogging for Latham Seeds.  She began giving a recipe on Friday and her dealers thought she was crazy.  As it happens, Fridays have become one of the most read days on their blog www.thefieldposition.com  She then introduced her husband John who gave a presentation just what Latham Seeds is and does.

John took the group outside and we got to see what its like inside a seed plant.  When the seed is brought in from the fields, Latham Seeds personally inspects each load.  That was something John’s grandfather started.  If there is a problem, then can find out right away and take care of it right away.  We saw three methods they use to clean the seeds.  Last year they got a robot that now stacks the bags of seeds on pallets, saving many backs!  There were oversized shopping bags — and I mean HUGE bags that could hold 12 of me in them — that held $12,000 worth of seed.  The thing that really stuck out for me was the plant was extremely clean.  You might think a large plant would be dusty, given they are cleaning dusty crops, but it was not.  There is equipment in place to remove the bean dust so the employees are kept from breathing in all that dust. 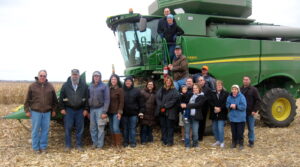 The afternoon was spent at Roy Arends farm riding in a combine.  Roy and Jeanne live just outside of Alexander, Iowa.  Roy first talked about the land and the amount of water in the soil.  We’ve had a drought this year and very little rain and farmers with different soil fared differently.  Roy’s land is well tiled, if not it would be a wetland.  This wet subsoil made for a good year this year, despite having no rain.  The combine was a huge machine and I don’t believe our bloggers realized the amount of technology farmers really use.  The GPS system drives the combine.  The header (the part that collects the crop on the front of the combine) can be changed out in 4 minutes.  Years ago that would take half a day to change.  Roy stressed safety and didn’t allow anyone near the machinery unless he was with them.  It was a cold day out in the field, and I think we all developed a lot more respect for these farmers that feed us. 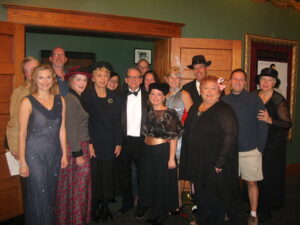 Saturday night provided a hot time in the old town.  We ventured into Hampton and enjoyed An Evening Like It Used To Be Part 2 at the historic Windsor Theatre.  The show began with a silent film featuring Charlie Chaplin.  It was laugh out loud funny!  Members of the Hampton Municipal Band played live music directed by Leon Kuehner during the entire evening!  It was if we stepped back in time to 1917 and were attending a Vaudeville Show.  We were treated to an aria, barbershop quartet, a ventriloquist, a sing along and the Pythian Players who did humorous skits.  It was a fun time and the perfect ending to a great day on the Harvest Tour 2012.