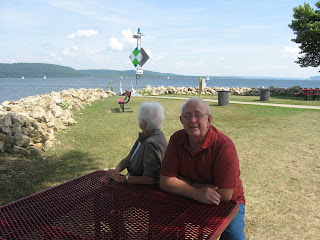 My father has a heart that works at 20% and that is only because his medicine makes that happen. He’s got Alzheimer’s. He has diabetes 2. He uses a walker to get around.

All of his life he was a farmer. He worked 200 acres, fed his family and paid his social security, medicare and insurance premiums. My mother taught school for over 45 years and faithfully contributed to social security and medicare – and made every single premium. They proudly carried Blue Cross and Blue Sheild insurance – it’s what the teachers in Iowa did.
They are now almost 80 years old and on Medicare, with Blue Cross Blue Shield their secondary insurance. Dad has to have surgery to remove three ingrown toenails. He is on Warfarin which is a blood thinner. He has to stop that and use a low grade Heparin shot – five times over the next three days. Imagine our surprise when they went to pick up the medicine. It costs $746. For five shots. That’s $149 per shot.
I called the clinic today where they bought the medicine. It was the only place in North Central Iowa they could get it. They told me if Dad were to pay cash for it, it would have been $1,600. As it was, the insurance company paid $606 and the rest was due from dad. That $1300 and some dollars was negotiated between the insurance company and the clinic.
I called the insurance company, Blue Cross and Blue Shield. Not only do Mom and Dad have to pay that amount – they will have to pay for Dad’s medicines IN FULL over the next several months.
Here’s the picture. Blue Cross Blue Shield, Medicare Part B will pay for the first $2,700 of Dad’s prescriptions. Then, Dad has to pay for the next $4,300. After that, if any more money is due, he is considered catastrophic and they will pick up all the rest.
Dad’s premiums for this insurance is $180 a month. It covers part of his prescriptions (his copay each month up until now was about $83) and some part of the doctors visit that Medicare does not cover. So he pays $2,160 a year in premiums. That’s just Dad. Dad has paid $1,194 of that $4,300 he must pay all of (between copay and the $750).
Dad’s new costs of medicine each month will be around $500. That’s $3,000 for the rest of the year. He still will have to pay $3,000 towards the amount they say he has to pay in full. They call this amount the DONUT HOLE.
I call it the Death Warrant.
My Dad has to have his medicine to live. Without it, he will have a series of strokes and die. He can’t afford $500 a month for medicine. Blue Cross Blue Shield has essentially signed his death warrant. And there’s not a thing I can do about it.
I can write to my congressmen, president, CEO of BlueCross BlueShield. I can blog about it. None of those options are going to put an additional $500 in my father’s pocket each month so he can live until January.
There is a little bright spot to this sad story. Dad had an appointment today with his doctor who treats the Alzheimer’s. He gave my father enough samples to last him four months. That will cut his monthly prescription bill to $320. Might has well be $3,000 – they just don’t have the money. The point the Dr. made was simple. Our congressmen are against socialized medicine for the likes of you and me. But they have no trouble taking it for themselves. Their medical bills and prescriptions are paid 100%. For life. Even when they no longer have the job.
We have very few choices. Somehow we have to get the money to pay for Dad’s medicine. We are talking about selling the family farm. The one I live on now. The one my grandfather bought when them immigrated here from Germany in 1928.
We will be repeating this process again next year too. He’s never going to get better. But does he have to die because he can’t afford his medicine?
Thanks for visiting Debworks! Got a minute? Know anyone who is looking to workshift? I’m interviewing! Visit http://www.debrareneebrown.com