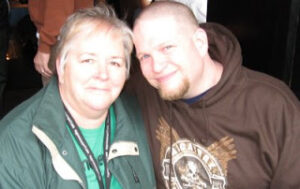 Successful Outstanding Bloggers Conference is June 27-29 in Chicago.  I went the first time in 2009.  I had just ventured into the digital world with the idea I might like marketing.  That was six years ago and that small conference kicked off an entire new direction in my life and a new career.  I met people there who are now friends, advisors, brain trust participants and encouragers.  I did a lot of research on that conference before I went (read about it here) and happily brought back information and tactics I’m still using (and revising) to this day.  Read about the takeaways from 2009 and you’ll know why I’m excited to be going back!

I’m working on my plan for Leveraging SOBCon this year.

People and conversations I want to have:

Ric Dragon – he’s a graphic artist.  I want to show him my new tattoo.  I also want to talk about collaborating on a small town project in the near future.

Kevin Randall – cause I want to talk about branding small town businesses with him.

Becky McCray – she IS small town and we have some catching up to do.

Andy Crestodina – because he went to school in Iowa.  And learned Chinese.  I want to hear his story.

Sean McGinnis – we’ve been running in the same circles for years.  It’s time we meet. And I want to hear more about how he is involved in mentoring as an outgrowth of his business.

Paul O’Mahony – I want to talk about big dreams in small towns, and moving them forward.

These are just a few of the speakers and you can see the lineup here.

Holy smokes batman, imagine being in the room at a table with some of the brightest minds in the digital world.  Now imagine you’ll be creating magic for your own business with those same folks.  This is not a bunch of people exchanging business cards at a networking event.  This is 4-5 people using their collective powers to solve issues for each of them.  And you do this four times over the weekend.  It becomes the beginning of something beautiful in your life.

What happens at lunch and dinner

Those people you know online, they are here in real life and you get to talk more, hang out.  It’s Chicago – so you’ll eat amazing food.  You karaoke and drink a cocktail or two.  You will bond.  Those relationships you’ve been building in the conference will be stepped up several levels outside of the conference.  It’s like finding your own species you’d thought had died out years before.

The picture is Chris Brogan and me in 2009.  The first time we met was at SOBCon and we hung out and talked a tad.  Good guy.