Who’s life are you living? 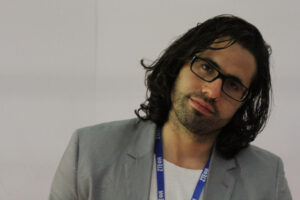 Who would not want to read a book that starts off like this:

“There are times when we sail so far off course,
when our dreams are so far from reach that they
appear but balmy glimmers violently strewn on a
distant horizon which we will never pierce. When
complacency and compliance, when safety and security have
so entranced us, that gradual reform is no
longer possible. In these moments we have but one
option – revolt.”

Finally – Melissa Leon’s husband has written down his thoughts in one place. I’ve had the pleasure of meeting these two young people and spending a good bit of time picking their brain.

AJ Leon walked away from a job in the financial district in NYC four years because he knew if he didn’t, he’d die there.  He wasn’t doing what he loved to do.

“On December 31, 2007, I left my six figure, crazy bonus, Manhattan corner office job. Not for a raise. Not in a vertical move to another company. Not to get a change of scene. But to stop, once and for all, living some other dude’s life.”

How many of us get caught up in the rat race?  Make more money, building a bigger house, buy designer clothes, bigger better newer car …. it never ends.  The biggest problem with the rat race is its filled with rats.

The essay AJ shares with the world is loaded with ideas, steps to take, stories and insights.  His first step is to stop wasting time.

The French Revolution was fueled by old coffee and stale baguettes at midnight in Parisian bistros. The time you have in between work and sleep is sacred, it’s where you plan your insurrection.

We all do it.  Rush home all tired and plop on the couch and eat whatever is in the fridge.  Turn the tv on and next thing you know, the tv is watching you.  What if you worked on planning out the rest of your life?  Or hell, plan the next 3 months first.  Plan to do something you’ve always wanted to do.  Pursue a passion.  It could be as easy as taking a class on how to make stained glass windows.  Or it could be enrolling in college.  It could be planning your garden for next year with the idea of selling at the farmers market.  Those are just some ideas.  But start with a plan.  Because I believe you know what you really love to do.  You might be afraid to say it out loud.  You might think “I could never get paid to do that.”

Let me tell you a secret.  Once you write down what it is you want to do, the universe conspires to get it to you.  Seriously.

Write me a note at deb@debworks.com in one year – let me know what you’ve done to change your life, and change the world.

(I was not paid to write this blog post, I got the ebook for free and you can too, I wrote it because I believe in what AJ is saying.)