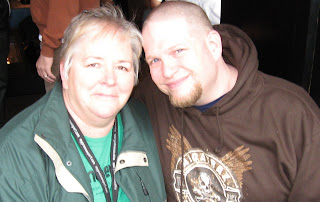 They two wrote a book , but first they wrote a change this manifesto – and then someone bought the idea of them writing a book

advice: don’t own a piece of clothing you don’t love (liz and julien)

Chris and Julien met at a podcamp and clicked, saw people incredibly successful at what they did even though they started from nothing – and then there were those who were not successful.

why is it that people are successful on the web and why are some not?

One: Make your own game: stop playing by other people’s rules.

Two: membership has its privileges. Be one of us.

Leverage engine – use it or be used.

Five: don’t be that guy.

Six: The power of many. Build an army.

Thanks for visiting Debworks! Got a minute? Know anyone who is looking to workshift? I’m interviewing! Visit http://www.debrareneebrown.com
Posted in events, SOBCon 2009