Chef: A lesson for small businesses 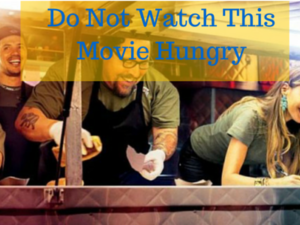 If you have not seen the movie Chef and you own a small business, stop what you are doing and go watch it.  I used Netflix to see it.

Besides being a feel good movie about a dad and his kid, it’s a better movie about how to use social media for your small business.  Jon Favreau is a chef, and a damn good one, working for someone else who won’t let him cook the food he wants to cook.  He gets a bad review, the reviewer tweets it.  Chef thinks he’s talking privately to this reviewer.  He’s not, he replied publicly, and the ongoing flame attack is one!

The Chef quits when he realizes he can’t cook the food the way he wants to.  The reviewer is in the restaurant again the night he quits (the chef invited him, but his boss wanted him to cook his usual stuff so he quit).  He goes back to the restaurant and has a screaming fit that is captured on a cell phone and it goes viral.

Chef, his sous chef and his soon end up with a food truck, make the food he wants to make, travel from Florida to LA cooking along the way.  His son Percy, shoots 1 second clips and makes a movie.  He also tweets ahead so people can line up to get the chef’s food.  He uses Vine to make 6 second videos featuring the chef and how he cooks.  They are a success.

Finally – the biggest lesson is that it’s time to stop fighting technology and get on board.  It’s the wave of the future that is here now.

The picture above is from Zagat – take a look at this link and see how they formed a partnership – very interesting as well!