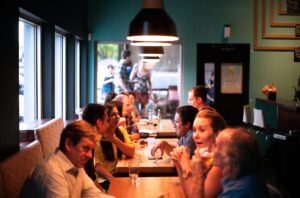 The Kauffman report was recently released and it talked about Entrepreneurs and the Millennials and Baby Boomers.  Jack Schulz from Agracel first shared the news with us.  Today we’re reprinting the section on Baby Boomers.  What are your thoughts/?

Many Boomers (born from 1946–1964) who became entrepreneurs during the information technology revolution in the 1980s and 1990s are today’s serial entrepreneurs. Some data show that these fifty- and sixty-year-old founders have started more businesses in the last ten years, while in the meantime, the rate of business creation among twenty to thirty-year-olds has slowed. With life expectancy rising, Boomers should be an important economic force for years to come:

Nevertheless, the aging of the Boomer generation could further slow entrepreneurship:

There’s little question that the Baby Boomers reshaped the American economy in the second half of the twentieth century. In the 1970s, 1980s, and 1990s, the prime age population of the country rose at a blistering pace as the Boomers swept through the labor force. Labor force participation by women rose from 43 percent in 1970 to nearly two-thirds by the year 2000.46 And, just as prior generations had driven the “high school movement” in the first half of the twentieth century, the Boomers were the first to attend college in mass numbers. In 2015, the oldest Baby Boomers will turn sixty-nine and the youngest will turn fifty-one—with rising life expectancy at older ages, we can expect the Boomers to continue to be an important economic force for many years. Here are several reasons why Boomers, as they age, will help boost American entrepreneurship.