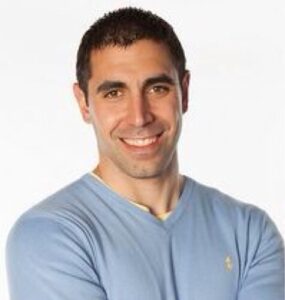 All your life you’ll be a student.  Often inadvertently.  On this journey to wellness I’m studying what others are doing and what is working for them.  My friend Justin Levy has always been fanatical about exercising and eating right.  He’s been a dedicated weight lifter and has ‘killed it’.  Until August 10.  When he had two seizures, broke both shoulders and found out he had a brain tumor.  He’s had both shoulders repaired and the tumor removed.  In less than two months he’s lost 30 pounds of muscle.  Every movement is a victory.  You’d think he’d take it a little easy.  Not Justin.  His blog, Built Unstoppable, is a daily account of his journey and what he’s doing to get better.  Study it.  Find it here. 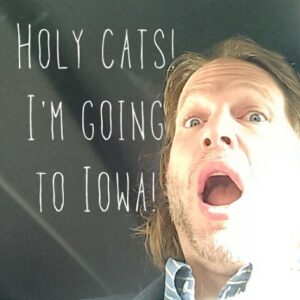 Brogan was at Social Brand in Coralville this week.

Chris Brogan is someone else I study.  He has lost almost 60 pounds by hitting the gym.  His girl is a bodybuilder and quite the motivator.  They ran a Spartan Race.  My first thought was “are they nuts?”  Those obstacle courses look like they could kill you!  But then I wonder how many of us have inner warriors and we are dilly dallying around making excuses?  I don’t follow the same supplement program they do, my Melaleuca is my rock, but I do believe in supplementation and firmly believe it’s saved my life.  I went to the Spartan Race website and found some great new recipes and ideas for eating real food.  It’s been on my mind for a couple of months it’s time to start cooking more at home.  Eating out often means eating unhealthy foods for me.  Unplanned eating out is even worse – cause I go for the heavy fat, bad for you food.  Check out the food resources on the Spartan Race website here. 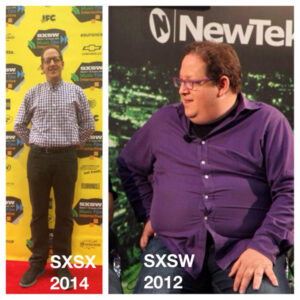 Jeff Pulver is one of my heroes.  I love that guy!  Jeff and I met on twitter and then in real life in Hutchinson, KS.  I spoke at the 140 Character Conference and we became friends and I’ve spoken at several of the 140’s and stay in touch with Jeff.  In July of 2012 Jeff made a decision that changed his life, he woke up one day and thought “today is the day.”  That began his personal reboot journey.  He read hundreds of books about dieting and tried many things.  He started working with a trainer, Zoltan (I kid you not).  Now everyday he incorporates real food into his diet, gets his 10,000 steps in and makes sure to exercise.  It didn’t happen overnight, but he chose to save his own life and live.

I urge you to keep studying and start doing the little things.  Say no to dessert once and awhile.  Go for a walk.  Try something new.  Get off the couch.  Step away from the computer.  Drink more water. Read about what others are doing that’s working and try some of that.  Keep motivated and you do that by studying the successful.  Because success leaves a trail.  Treat yourself with lots of love. It will happen.