I Worked In An Adult Bar – Lessons Learned 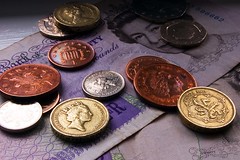 I must have embarassed myself a lot as a kid, because I don’t remember being so embarassed as an adult. That’s not to say I don’t remember doing stupid things. I do them on a pretty regular basis. My friend Clemmie would say “it’s all a part of growing up kid.” In the back of my head is the constant thought ‘ what am I supposed to learn from this?’ I believe if you don’t learn something, you’ll repeat the error bigger and better until you do get the lesson! Better to be slapped upside the head than hit over the top of it with a 2 x 4.

I worked at an adult bar in college. Hold onto your hat – I wasn’t topless! I was a waitress. I saw an ad in the paper for a waitress. At the time I was working at Dairy Queen and just could NOT get the damn soft serve ice cream to make a decent ice cream cone. I was a day away from being fired. So I went down the road (literally) and talked to the manager. This was in 1973 and he was a real sleezeball. But he said I’d get paid $5 an hour and TIPS. The idea of getting extra money for being nice appealed to me. My first introduction into the world of money for being nice! I started that night. My shift was 6 pm to 2 am.

Here’s what I learned.
Adult bar means topless. Duh. . I mean you have to be old enough to drink and (hopefully) you are already an adult.

Most of the women dancing needed the money. For kids. For drugs. For a better lifestyle. To them, they were just doing a job. They liked the whole tips idea too.

Men that go to adult bars turn into pigs. They can be the nicest guy in the world in the daylight. Step into that dark, smoky bar with topless women and a switch goes off in their brains. Loud, rude comments. Misogynistic behavior. Married men? They leave their rings at the door (in their minds). You’d never know they had a woman at home. You’d think they had never seen a naked woman.

It’s a tips based business. It’s true, the harder you work – the more money you make. But there’s a compromise. You gotta be willing to do and say things you would never do in the ‘real world’. I had to flirt with the creeps. I had to be willing to put with a touch here or there. I had to ignore those guys when I saw them on the street

You need to know just what you are willing to do. I learned pretty quickly this was not the business for me. Yeah, the money was great. But I would wake up in the morning dreading my day – thinking all day about what I had to do that night. I made myself sick. I really hated that job.

It lasted about 2 months. Then I went and found a job as a lineman for the phone company. The first female in the state. But that’s another story for another day!

I came to think about this post when I read Bubba’s What I Learned From Group Writing Project over at http://middlezonemusings.com/wilf-embarrassing-moments/ It’s not too late for you to post what you learned from an embarrassing mistake.

Thanks for visiting Debworks! Got a minute? Know anyone who is looking to workshift? I’m interviewing! Visit http://www.debrareneebrown.com
Posted in 100 series, group writing, Iowa, Series